The Effects of Respiratory Muscle Training on Older Females 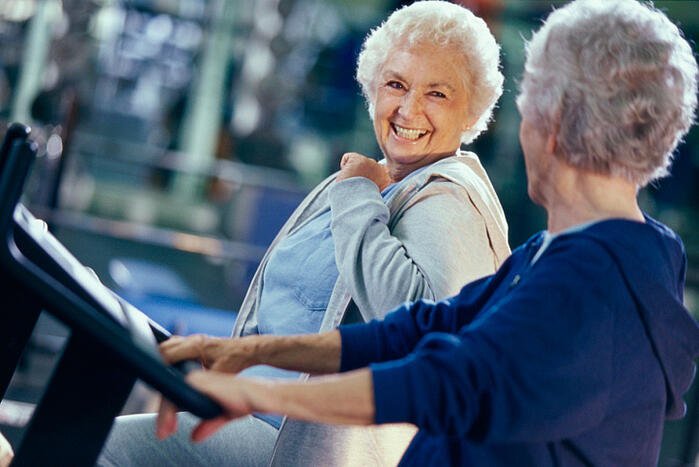 Although both the physiological and psychological benefits of regular exercise is already widely known in both scientific and mainstream circles, there are still many who fail to maintain regular exercise regimes. The importance of exercise for both the young and old cannot however be overstated. Exercise is related across the board to measures of happiness and fulfillment. Unfortunately as a result of limited physical activity, there are many older people who remain sedentary. The cost of this on both an individual and societal level looms large. For the individual, there is a loss of autonomy and independence, which cause feelings of loneliness and depression and as a society this costs billions in health care expenditures for the elderly.

Additionally, trends are suggesting an increasingly aging population in both the United States and worldwide. This population is continually reliant on health care systems for their well being - and whilst some of this may be inevitable, much of it is manageable. Reducing morbidity and rates of disease is therefore also of noted importance. Exercise is an important competent of most all health related intervention programs, though the limited ability of many older individuals to do so brings an added complication. It is largely a decrease in muscle mass, cardiovascular function and respiratory function that underlines this inability (Astrand, Hallback, & Killborn, 1973). Fortunately there are respiratory muscles training (RMT) programs that can help improve the respiratory function of elderly individuals and provide a catalyst for their maintenance of or return to, general exercise regimes. PowerLung is one such respiratory training device that can be used very easily. Much like any other training, the best way to use PowerLung is with a consistent regime of sets and repetitions that gets harder over time. It can also be used in conjunction with any other cardiovascular activity.

A study at the University of Technology Sydney (Watsford et al., 2008) in which participants underwent a respiratory training program with an assisted respiratory device (PowerLung), found improvement respiratory muscle strength. These improvements also notably meant improved walking efficiency for the participants, which will have significant implications for the exercise participation of this demographic. The study was able to conclude that in older females, 8 weeks of controlled RMT could improve the strength and capacity of respiratory muscles. This means that if you have respiratory problems are holding you back from important exercise, RMT and PowerLung can help.

If you are looking to improve your lung function and reap the benefits of exercise in your life, you may want to consider the use of PowerLung today!