Respiratory Muscle Power While Swimming Before and After Training (with PowerLung) 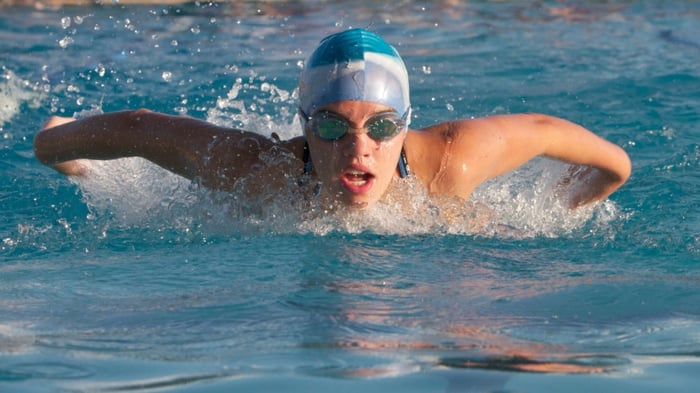 If you are looking to improve the strength and ability of your respiratory system, be it for general health, professional sport, public speaking or musical performance you will likely need targeted respiratory training to allow yourself to get to the next level. PowerLung offers an incredibly effective device to assist you with this training.

A study from the University of Toronto Respiratory Research Group into the effects of PowerLung training on respiratory muscle power for typical high performance athletes (in this case, swimmers) saw some very positive results. The study followed the athletes over a 12 weeks training period in which they performed 60 repetitions with the PowerLung at 60-90%.

The post-training findings, after the 12 week training intervention, suggest that the use of PowerLung increases both inspiration (inhalation) and expiration (exhalation) power. With expiration, the immediate post-training power was more than twice as high as the pre-training power with the effect slowly decreasing over time but still remaining significant after 4.5 minutes. There was notably however a slightly faster decline in expiration power for the post-training group. The rate of decrease in expiration power over time was around 0.6 watts per minute for post training while its 0.3 watts per minute for pre-training. This suggests that the expiration benefits received from the training were most notable in the first minutes of PowerLung use.

In regards to inspiration, there was a higher negative wattage shown for post-training which correlated to an increased negative force, or what would be the actual "pull" from inspiration. This pull is 50% higher than for pre-training and is held constant throughout the other 4 minutes. There was no change in the difference between pre-training and post-training over time, suggesting that the positive benefits of the PowerLung training on inspiration were consistent.

Ultimately this study found that both the expiration power and the inspiration power for the athletes was significantly improved after the 12 week training period. This means that PowerLung is a very effective tool for improving respiratory strength and ability. If you’d like to purchase a PowerLung visit our store, or if you’d better like to understand how PowerLung can help you, visit our Better Breathing blog.