How Your World Cup Team Could Gain a Competitive Edge 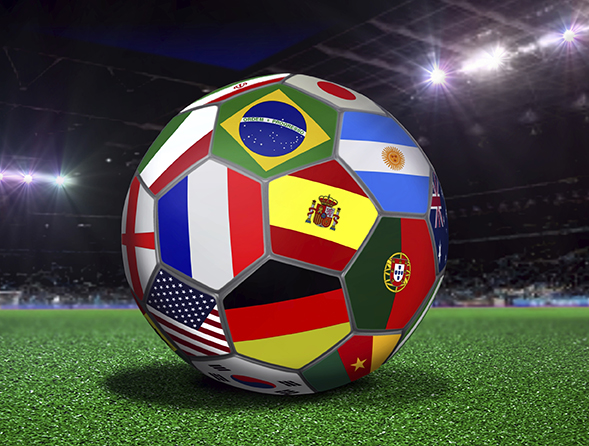 The 2014 World Cup has made history as the 136 goals scored during the Group Stage has been the most goals scored since 1958. Despite being some of the most mentally and physically prepared athletes in the world, this record setting World Cup has had a huge impact on the athletes. From official water breaks to athletes subbing out for cramps and exhaustion, we’ve seen these elite athletes breaking down in front of our eyes. Is it possible that these athletes aren’t training all of their muscles as effectively as possible?

When considering how much exercise and conditioning goes into qualifying and preparing for the World Cup, it’s hard to believe these athletes could be lacking fitness. During a single game, these soccer players are known to sprint (not jog or walk) an average of seven miles and sometimes up to 9.5 miles, according to STATS.com. With this continual running, the respiratory system must be in premier shape.

The lungs play a powerful role in every aspect of a soccer player’s ability. The lungs provide oxygen to the body and its extremities, ensuring the blood flow is proper and efficient. The stronger the respiratory muscles and lungs, the stronger and more efficient the blood flow. You can definitely tell a difference in the players when they approach the 90-minute mark: speed and endurance are diminished to the point where speedsters aren’t quite as lethal Even among these elite players, some will sub out, miss plays, or take a few seconds to catch their breath; a decision that could inevitably send their team home early.

As heat, exhaustion, and competition are at an all-time high, World Cup athletes could surely benefit from respiratory muscle training. With PowerLung, you can do just that. Of course these athletes will regularly do interval sprints and endurance runs, but rarely do they specifically target their respiratory breathing muscles. PowerLung breathing training could help players with not only their workouts and preparations for the World Cup, but could also assist them during their games.

PowerLung has a model for every age and skill level of soccer player. Each model provides resistance in respiratory workouts, which increases the strength of the respiratory system. Experience the maximum resistance in respiratory workouts and increase the strength and endurance of your respiratory system. If you’re a soccer player looking for an edge against the competition, there is a PowerLung model that is right for you. Depending on your level of athleticism, consider one of our four models: Airestream, Breatheair, Trainer, and Sport. This training tool has been tested and used to help athletes in any sport stay one step ahead of the competition.

If you or someone you know could benefit from a boost in respiratory training, try a PowerLung today.