Visualize Your Success with PowerLung 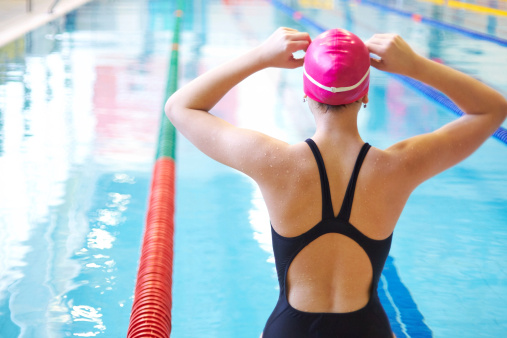 “The key to success in anything is to rehearse success rather than rehearse failure.” -Bill Pearl, Getting Stronger: Weight Training for Sports

One of the most realistic examples of an athlete doing just that was a scene from Rush, this year’s film on Formula 1 racing, showing James Hunt sitting on the floor of the garage before the race literally driving the course in his mind. The scene in the movie shows it like a movie in his mind which is how many athletes actually see it.

A PowerLung friend, and former high school coach, always taught his athletes to “plan their event” so they could visualize it better. He encouraged them to use PowerLung as a part of their race plan. He showed that an athlete might not have superior cardiovascular capability to one of his competitors but he could still beat him. He could do it by training his breathing so that he could, as a part of his race plan, draw his competitor out several times toward the end of the race as though going for the finish and then drop back accelerating the stress and tiring of his competitor. Then watch his competitor and when the time was right to make the final push for the finish. Invariably the competitor would be caught unaware and would be tired from the previous start-stop and simply not have the air to finish.

Part of anyone’s training program should include visualization of what results you want to achieve. Mine does. After a couple of years of focusing on caregiving, it would be safe to say I let my exercise and training program slip (Okay, it was non-existent). But when I started back, the one thing I had been doing with some regularity was using my PowerLung Trainer model. I would have never been able to deal with the stress without PowerLung. My workouts were almost like meditation. When I started exercising again this time I added visualization, and I can already tell a difference. Because of my PowerLung training, I knew I had good breathing technique and breathing muscle training so I could count on those muscles to help me as I move forward.

I’ve been reading some comments on breathing training and breathing training devices on forums lately. One of the things I frequently see is, “none of those things work,” but no one ever asks if the commenter has actually tried the device in question. Often those commenting are just repetitions of something they heard or read somewhere else. When the comments are offered by someone who has used a device, it is typically a device that is really not capable of supplying the level of resistance to train a fit or athletic individual, and/or they do not use progressive threshold resistance for inhale and exhale training. That’s why PowerLung uses patented full range progressive threshold resistance in all models to provide you the ability to choose a model that meets your current training level and to be able to grow within that model. You can learn more about how PowerLung works and about how other training methods compare. Also, many times the commenters have not read a single one of the many studies that have been independently performed using PowerLung and subsequently presented or published. You can see some of them in our studies and white papers section. With this information and your new visualization emphasis, you can visualize PowerLung helping you as you train or exercise and maximize your breathing and your performance.

Just as a final example, I recently heard an article about Michael Phelps “training.” He imagines all of his races as “dive, glide, and swim as hard and fast as I can for as long as I can to win the race.” Maybe you train at Michael’s level. Maybe you train at my level. Or, maybe you are somewhere in between. Start rehearsing yourself successfully using PowerLung to maximize your benefits, and start learning visualization so you are rehearsing yourself performing at your best every time.