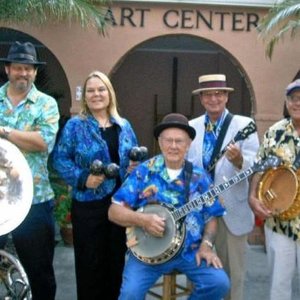 Cable Spence is a friend I met several years ago when he lived in Chicago. When he retired a few years later and moved to Florida he decided to learn to play the banjo. Cable started all this after his 72nd birthday.

One thing led to another and he joined a bluegrass band, The Ancient City Slickers, who played events locally. He mentioned one day that if they were playing frequently his throat would get a little sore. What Cable needed was PowerLung and that’s what I told him. He’s a friend so he tried it.  He liked it so much he took it with him when he went to Nashville for some classes with a voice teacher there. So Cable has had his PowerLung for a few years.

Fast forward to June, 2011.  I got an email from Cable saying

“I just signed a contact to appear in a musical play in August.  I will be on stage the entire time ( about 2 hours with one intermission) playing and singing bluegrass and what is called bluegrass / rock with 4 other musicians.. THEREFORE…. I have started up with serious , …”lunging”, to get my wind up to speed and more power in my voice. This should be a good test since I have 3 months to get in shape. I’ll keep you in the loop as progress is made.”

So, even though he’d experienced the benefits before, Cable had stopped using his PowerLung — like a lot of people do. But he did know using PowerLung would help him get ready for this opportunity. A couple of weeks ago, I got an update from Cable outlining his progress.

“Update on my ‘PowerLung’ usage.  I have both a green one and purple one… I’m trying them both to see if there is any difference. So far they both are working well on the …#1 position. As to my progress, and there definitely has been, since I haven’t been using the device on a regular basis until now. As you are aware I will be performing in a musical in 4 weeks so the three-times-a-day exercise program of ten reps each has allowed me to control my singing by holding phrases longer  and evidence that my voice is getting stronger.  I know there is more to be gained in both areas so next week I’ll move everything up a notch.  What has grabbed my attention is the increase in benefits as soon as the exercise is over.”

“…the increase in benefits as soon as the exercise is over.”  Cable isn’t the first person to say that but, as you can see, Cable has found a routine for using PowerLung that works for him. Because of its flexibility PowerLung lets everyone have a standard routine or develop one of their own.  And, you get these benefits whether you are 18 or 82. I am so excited Cable has this opportunity and we are able to help him.

And, if you are in the Jacksonville, FL area and want to hear the benefits of using PowerLung, check out the Bluegrass Rock Musical.  Or, see where The Ancient City Slickers are playing and go ask Cable yourself. Visit their official MySpace page to listen to clips of their music!

By the way, as I hear more from Cable I’ll keep you updated.  Stay active and keep breathing better!

Learn more about what PowerLung can do for musicians and vocalists here.