Get Up and Exercise! 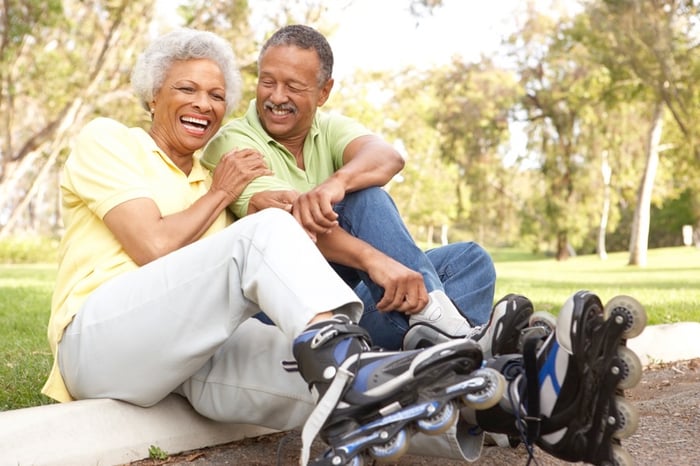 Many of us do not exercise enough. Whether it is because of work, the enrapturing television, or any number of other reasons we simply do not get the exercise we need to live long healthy lives. Jobs that require sitting for long periods can be damaging, and many of us don’t think about the consequences of sitting for so long without exercising between starting work and leaving. TV can be especially dangerous for us if we combine long days of sitting in front of the computer with long evenings of sitting in front of the television screen.

We found this graphic by The Washington Post that demonstrates the importance of exercising and whated to share the key takeaways with you. 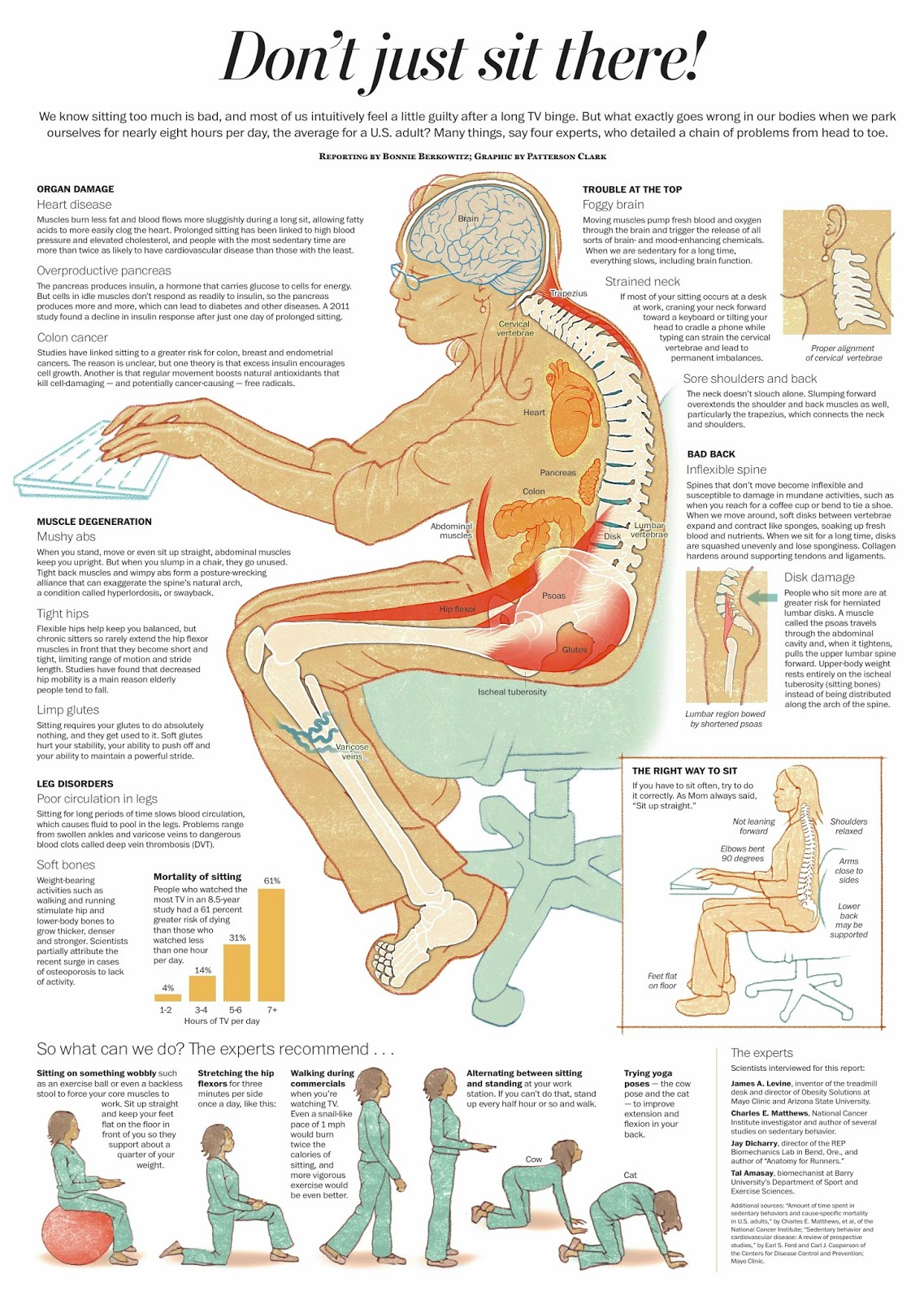 Putting Yourself At Risk

Not exercising, and specifically, sitting for long periods of time puts you at much higher risks for some serious health conditions: cancer, heart disease, diabetes, blood clots, just to name a few.

Though the reason is unclear, it is believed that movement promotes antioxidants, which fight cancer causing free radicals. Another theory behind the correlation between a sedentary life and cancer is that staying still increases your production of insulin, which promotes cell growth, but also increases the potential for cell mutation.

Because sitting still increases insulin, you are much more likely to develop diabetes than your active peers. This is due to an over production of insulin in the pancreas. Yes, the same insulin that increases you likelihood for cancer.   Your body simply does not know what to do since you are not consuming the energy stores it naturally produces.

Sitting for extended periods of time slows your blood flow. This means higher blood pressure, and over time, and greater buildup of fatty acids. These fatty acids block your arteries and contribute to nearly twice the likelihood of cardiovascular disease and failure like heart attack.

Sitting still can lead to dangerous blood clots in the veins, especially in the legs. Blood clots by themselves are dangerous, but can lead to even more serious conditions like a stroke.

Not exercising while you are young can make your life more difficult as you age. Lack of activity stops your bones from replenishing nutrients they need to grow strong and hard. Over time, remaining inactive can lead to health conditions like osteoporosis in old age.

Your legs are especially prone to inactivity. Sitting still will cause blood to pool in your legs (and other extremities). Later this can lead to painful, and unsightly, varicose veins.

There is a clear inverse correlation between expected life span and hours spent watching television a day. This means the less time you spend watching TV a day, the longer you can expect to live. Why? It is an indication of how long you sit and how much exercise you get. The numbers speak for themselves! Get up, go exercise!

It’s easy to avoid all of this by simply exercising. No one is saying to run a marathon, just get up and move. Studies suggest you’ll live longer and healthier, and be happier doing it.

We all have to sit, so make sure when you do you sit with correct posture. Don’t slouch. That’s the worse thing you can do for your spine, neck, internal organs, and even your brain! At work, try sitting on an exercise ball, or on a chair without a back, to engage your balance and abdominals to maintain better posture.

Don’t forget to exercise your lungs too! Confused? Your lungs are controlled by a series of muscles that expand and contract to pull in and push out (inhale and exhale) air. Some of these muscles are even the same muscles you use to maintain good posture like your abdominals. Increasing the strength of these muscles allows for better oxygen exchange when you breathe which in turn means a healthier you.

With the right product, exercising your lungs is as easy as breathing.

PowerLung is the only breathing device that exercises all of the muscles you use to breathe. That is, it engages resistance both on inhale and exhale. Think of it this way: if you were exercising your arms, you wouldn’t just exercise your biceps, you would exercise your triceps as well to make sure your upper arm was well rounded. That’s what PowerLung does that others don’t. It provides a well-rounded exercise for the lungs you use to breathe. Think of it like weight lifting for your lungs ®.

Whether you need light resistance because of aging or breathing conditions, or you are looking to train your breathing for greater endurance, there is a PowerLung model for everyone.

Check out our site to learn how PowerLung works and how to use it. Many of our users have submitted their own training techniques you might find valuable. 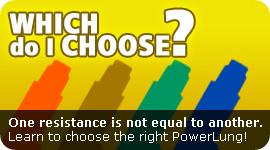